Although we cannot travel as a preventive measure, that doesn’t mean that we should stop enjoying all the places we want to visit.

If you are a fan of the sun and the beach, take the opportunity to enjoy Roatan on a fun 360-degree tour, and visit these picturesque spots:

Cruises in the island

The accelerated growth of tourism on the island has even boosted the construction of the expansion of the Roatan's piers this 2020.

On this tour you will see the crystal clear waters of this magical destination, as well as the incredible boats that arrive at this port with visitors from all over the world. Different Cruise companies make various tours that have as one of the main points of visit this Central American island.

With this we can note that Roatan could become one of the main destinations for tourists in the coming years, even if they only spend a few hours on the island.
Click HERE to start the tour.

One of Roatan's biggest draws is its beautiful white-sand beaches, but you can also enjoy exploring the depths of the ocean in a completely different way.

The glass bottom boat tour is one of the favorite activities for families. This tour gives you the opportunity to enjoy the waters of the Caribbean Sea in two very different ways:

The first one, on deck, feeling the sea breeze and admiring the beautiful landscape. The second, sitting in the lower part of the boat to enjoy its glass bottom and admire the marine fauna and flora of Roatan.
Click HERE to start the tour. 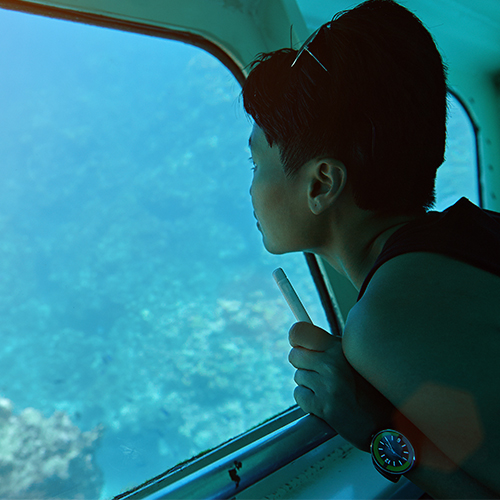 This airport was recently remodeled and has modern facilities, it has approximately 23% of the air traffic in Honduras. History tells that the first flight that arrived at this airport was in 1964, a Cessna 206 type aircraft operated by the company AEROSERVICIOS.

The track was very short and still made out of dirt, in addition there was no passenger terminal. Only domestic flights were operated, the special one was between the locations of La Ceiba and Roatán.

When making the 360° tour, you can go step by step in the boarding process for a flight leaving this magnificent island. Click HERE to start the tour. 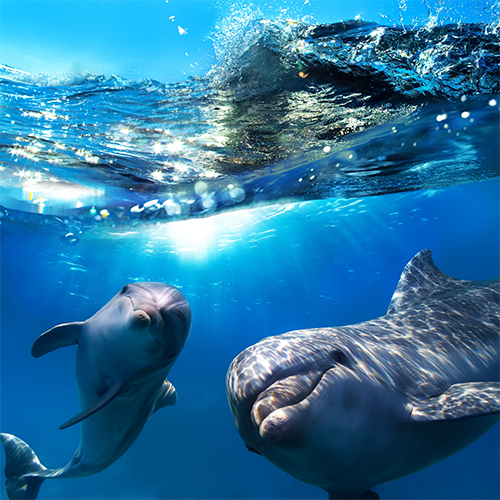 We could say that this is the most special attraction that the island has to offer.

The nature reserve is characterized by taking good care of the dolphins, as well as managing the encounter between travelers and animals in a very professional way.

Both humans and animals have an affinity for each other, so living together will be very enjoyable for both of them.

You can have a special moment experimenting through a 360° video about what the training experience that these animals have in the reserve is like. Click HERE to start the tour.

Founded at Anthony’s Key Resort in 1989, it has the sole purpose of investigating coral reefs, the general aquatic life of the coastal zone of Honduras and surroundings.

The institute also has a small marine museum and the "Dolphin Discovery Camp" to study the behavior of dolphins (two when it was started), and currently the dolphinarium's population is more than twenty-five cetaceans.

The Institute has scientific research programs from some American universities and is visited by biology students periodically.
Click HERE to start the tour.